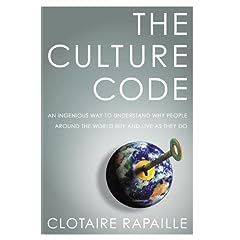 For this little blog app, I needed to truncate the post length on the home. Of course it can’t be done by a simple truncate since it can break HTML tags. I found this awesome hack by Mike Burns.

http://www.amazon.com/Little-Schemer-Daniel-P-Friedman/dp/0262560992|Learn to think in Scheme|

This is one of the best programming books ever. Refresh your mind by learning to think again.. this time, in Lisp.

Ruby ERB is a great library that let’s you process a file and embed Ruby code within it using <% ... %> tags. As the file is processed, the code is evaluated and content may be replaced.

This is generaly used with HTML (or RHTML as generally known). Rails does this.

I’m now coding a generator for ASP scripts using ERB. As both ERB and ASP uses the <% <%= tags, I modified the original erb.rb file to use <@ <@= tags so the ASP code can be left as usual. Get the modified file here. If you want to use a diffent tag, I recommend to diff my file with the original erb.rb

The .NET Framework and ASP.NET have some aspects that sometimes really annoys me. One of these is the infamous __VIEWSTATE used to track the state of all the controls in the page.  What is annoying about it is that it’s both a security breach and a performance issue. Also, makes easy things hard.

I wanted to remove it from an app I’m working on, so I started disabling it as suggested by MS. The VIEWSTATE is effectively not used but it stills yields the hidden input field to detect the Postback. This is a nag since this form is performing a GET action and the __VIEWSTATE is passed as part of the QueryString. After some Googling I found a method suggested by Scott Hanselman to move the position of the input field. I just adapted to plainly remove the complete thing as shown below:

All this code just to get a simple, common, standard query string.